The client is absolutely loving this piece (the Joli Dancer). It's the best fit and hair she has gotten in a very long time. She has purchased Follea in the past and was not nearly as satisfied as she has been with your product. 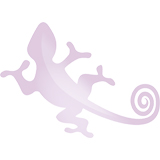 This is the first time since I lost my hair that I feel really confident…The wig looks so natural and I’m so much more relaxed, that even those who know about my condition see past it.

The Joli Dancer™ wig is as close to perfect as a wig can get.

Right away when I opened the package, I could see that the hair was of high quality. It was beautiful and shiny, and remains so two months later.

We are so thankful for finding Joli Caméléon. Everyone suffering from hair loss should have the option of getting their lives back. 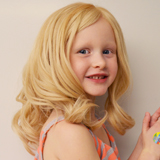 We enjoyed our visit and love Joli Cameleon.

The Joli Dancer is my first choice for not just wedding season, but the comfort and natural look make it easy to adapt beautifully each and every day.

“It’s hard not to compare the Joli Dancer to other high end products on the market, but in my books the Joli Dancer is the clear winner. The creators at Joli must have examined the faults with similar, self-adhering pieces (wefting, exposed knots, uncomfortable cap, poor hair quality, etc.), because they have all been corrected with this beautiful new product. There is also a greater choice of colors, and believe it or not, it’s much more affordable.”

Extract from Review of the Joli Dancer™ by Asta Cardinale

Review of the Joli Dancer™ by Emma from Aspire Hair

Review of the Joli Dancer™ by Asta Cardinale

Vikki, on behalf of Madison

Madison lost all her hair, including her eyelashes and eyebrows, just before her fifth birthday. She is now six and in kindergarten. She is bright, funny, and bald. Madison has always loved hair. We would often joke that she would be a hairstylist one day. Little did we know how much hair, or lack of hair, would shape her life. Madison has an autoimmune disease called Alopecia Totalis. Many have never heard of it. Most think she has something much worse. Her immune system is attacking her hair follicles and stopping their growth. We took her to doctor after doctor not wanting to accept what we were hearing. This wasn’t something that could be fixed by the medical world. We quickly found out that there is very little research and there are no FDA approved treatments. One doctor even told us that it is only hair. We should be grateful it isn’t cancer. Those who feel that way have never felt the vulnerability of a bare head. They have never watched their child sleep wondering how much hair would be on the pillow in the morning. Or held a flashlight to their sleeping eyes to see if there are any eyelashes left.

We soon realized that Madison’s reaction to her condition depended on ours. If we were ok, she was ok. We decided we couldn’t let this bring her down. There is no use dwelling on what she doesn’t have. We knew we needed to find the gift in her diagnosis. She is unique and unforgettable. As much as we wanted her to feel ok bald, she still missed her hair. The stares and looks while out and about bothered her. Grocery shopping became an ordeal. Never knowing which strangers would approach us and what they might say to a little girl. We saw her starting to feel unsure about herself.

As the school year approached, she started asking to wear hair. She didn’t like the tape and the feel of the wigs she tried. The bangs would get in her way, they were hot and itchy, and felt like they were going to fall off while she was playing. Every morning was dreaded as she tried to sit still while having her hair put on. We heard about Joli Caméléon and knew we found the answer to our prayers. From the moment she opened the beautiful packaging the smile didn’t leave her face. The hair is so soft and blonde. The girls in dance class couldn’t stop touching it when she first wore it in class. As soon as she put it on, we had our little girl back. It was as though we were looking back in time. The best part is she can put it on all by herself. No tape or glue. It stays put while she cartwheels across the floor. It isn’t hot or itchy, it is her. We want to make sure she feels confident with or without hair. However, she becomes a completely different person when she puts her hair on. She isn’t hiding under hats or not wanting to get out of the car at new places. The Joli Dancer is made so well, no one even knows she doesn’t have hair.

We are so thankful for finding Joli Caméléon. Everyone suffering from hair loss should have the option of getting their lives back. Watching Madison while she is looking in the mirror brushing her hair, the smile on her face is priceless. She doesn’t let her diagnosis get her down. She has a contagious laugh and a joyful kind heart. 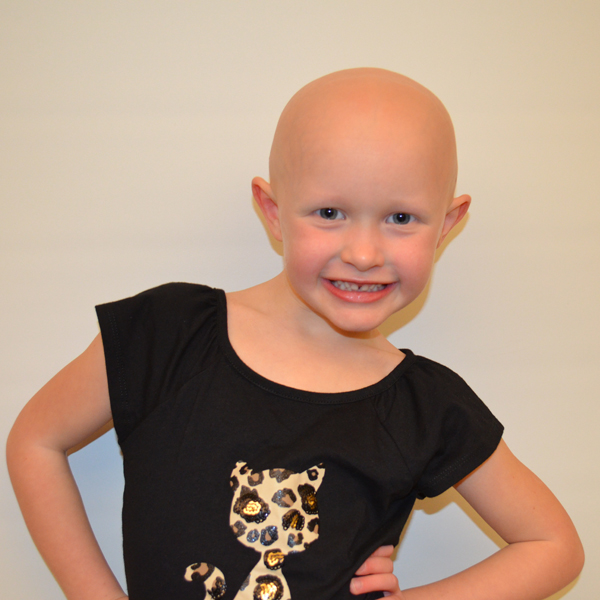 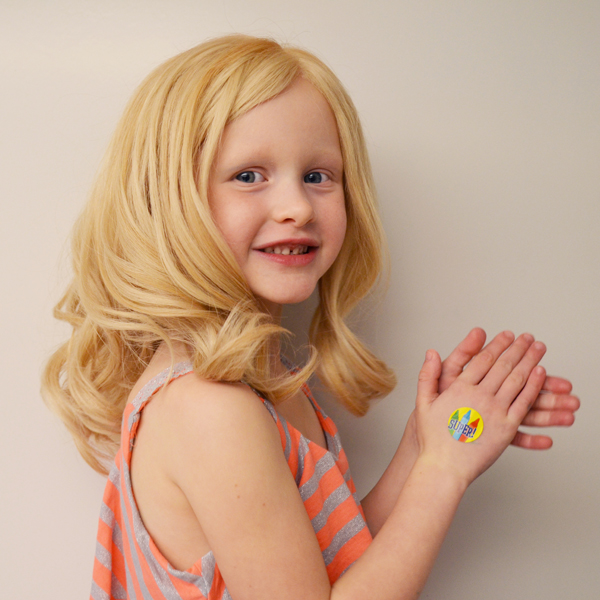 All it takes is one glance at your Facebook feed to know that it is wedding season! With all the events that go along with that, one very important detail is your hair. Whether it’s a bridal shower at a vineyard where you know you’ll be getting sweaty, or a bachelorette party where you want to look your most fabulous, or the reception where you want security that will last through a long night of dancing. My Joli Dancer made that decision a piece of 4-tier-fondant-covered cake! First was the outdoor bridal shower in the middle of a Texas August. The Joli Dancer’s breathable all hand-tied cap kept me cool throughout the entire afternoon. Next up was the bachelorette party- my favorite reason to get glammed up. The 100% cuticle-intact human hair used in the Joli Dancer made styling so easy with a luxurious outcome that lasted all night. In fact, the bride dubbed me as the resident “Blonde Bombshell!” A pretty impressive achievement for someone with no natural hair at all! Finally, the wedding reception. Of course that means I had to be prepared to bust a move! The Joli Dancer’s Joli UltraGrip panels make for optimum grip without unnecessary bulk. That means I didn’t need any tape or glue for maximum security, which definitely came in handy as I dove to catch the bouquet! All in all, the Joli Dancer is my first choice for not just wedding season, but the comfort and natural look make it easy to adapt beautifully each and every day. 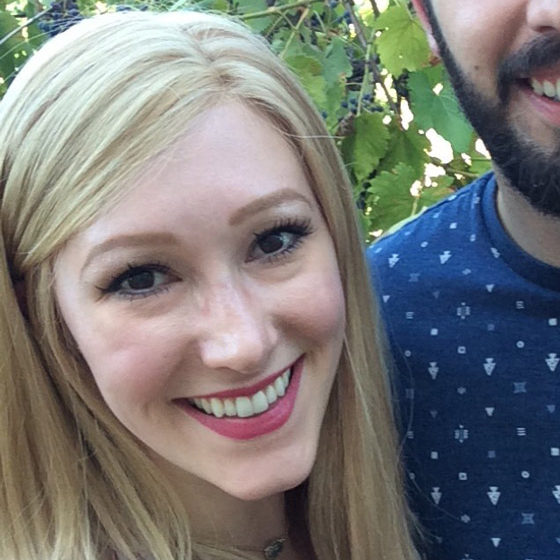